Practicing Superlatives During the Olympics 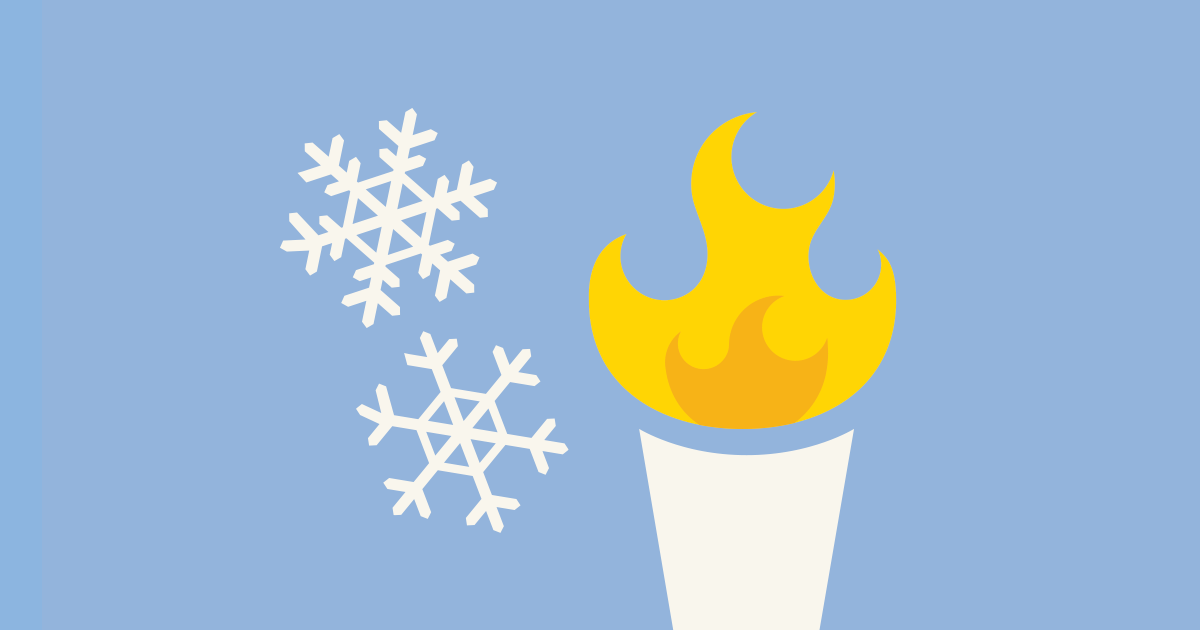 Are you prepared to be inspired? Kids always end up competing more when the Olympics is on. They want to jump the highest, sing the loudest, skate the fastest, and stay up the latest. Does this happen in your classroom? Don’t be surprised if the Olympic Games inspire your students to aim a little higher!

Practice superlatives with your students after you’ve tried this lesson plan. Or if you’ve recently introduced superlative adjectives with Tanya’s handy chart, try this fun review activity and consider holding a “superlative-inspired” Student Olympics at your school.

First, brainstorm all of the Winter Olympic sports. Here is a helpful list:

ESL Library subscribers can use these Winter Olympic Flashcards.

Next, put your students in small groups and tell them to choose a country to represent. Group members will work together to brainstorm Olympic records, achievements, and moments that the Winter Olympic athletes may achieve at this year’s Games. Challenge your students to put their thinking caps on. They should be as imaginative as possible! Each item in their list should contain a superlative adjective followed by a noun. Students can use the list of Olympic events (above) as inspiration. Provide two or three examples to get your students on the right track:

Let the Games begin! After each group has come up with a large list of “superlative achievements/moments,” invite a representative from each country to stand up and read their ideas out to the class. The other groups must listen and place an X beside any examples that are duplicates on their own lists. (Duplicate examples won’t count in the scoring.) At the end of “the Games,” groups count all of their unique (and correct) examples. You can decide if spelling counts! Which group wins gold? Which group wins silver? Which group wins bronze? (Print large-sized flashcards of the medals from our Winter Olympics set. Then play the winning group’s anthem to make it really fun!)

After the Superlative Games, create a master list of the achievements/moments etc. that your students came up with and pin the list somewhere in your classroom. During (or after) the Winter Olympics, have your students write the names of the athletes who deserve recognition for each Olympic record, achievement, or moment. Which skier jumped the highest? Which bobsledder went the fastest? Which country had the most spirit?

Finally, consider holding a Student Olympics Day with other classes in your school at some point while the Winter Olympics is on. Put your students in groups or pairs, and have each group come up with an Olympic event to host. The event can be academic or physical, but must contain a superlative.

Students will describe their event. A description will include the location of the event (somewhere on the school property) and any equipment that will be needed. Any rules or notes about how the winner will be determined should also be discussed and added. Students will write up their description for those who are interested in competing. 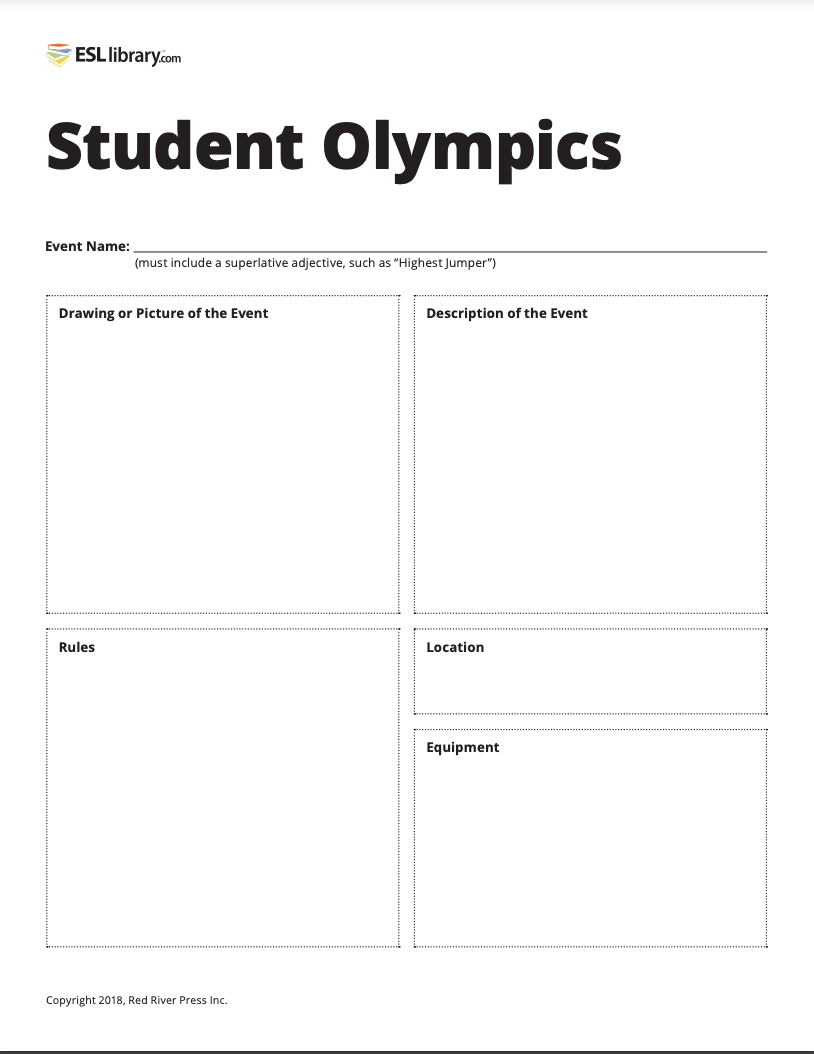 Here is a sample Olympics Resource template to use. Finally, the group will create a medal or certificate for the winner of their event.

Challenge your students to think of a slogan (with superlatives) for their Student Olympic Games. Perhaps they can do better than PyeongChang’s motto: “Passion. Connected.”