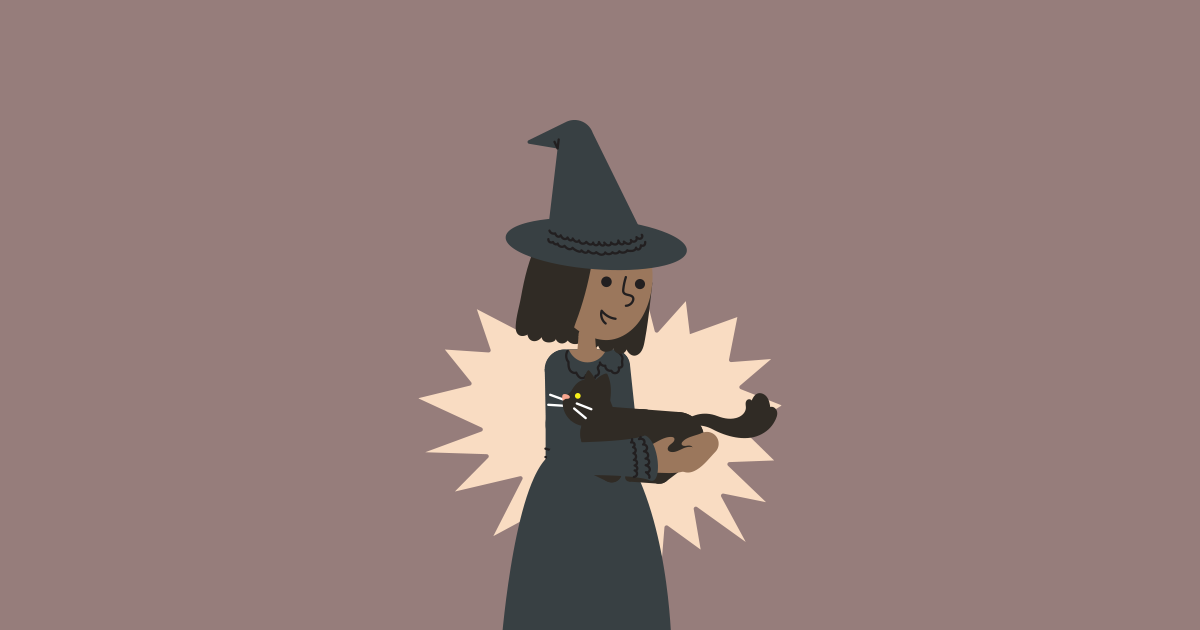 Have you tried ESL Library's Halloween-themed The Scaredy-Cat lesson with your young learners? In this lesson, your young learners will learn some Halloween vocabulary in a fun way. We also have a Word Bank lesson and a fun lesson on Prepositions of Place in our Fun Grammar Lessons section. Try both of these lessons before you try this follow-up Halloween listening activity.

This activity works best if you have already introduced your students to Halloween vocabulary (see this Halloween Flashcards set) and prepositions of place. Play the recording and have your students listen to find out where the witch's black cat is hiding. Listen a few more times and ask your students to listen for the prepositions of place. They can also draw a scene from the story. Why not share this story on National Black Cat Day (Oct 27)? You can talk about why black cats are often left in animal shelters with no homes.

The young witch walked across the street and up the hill. At the top of the hill, there was a big house with Halloween decorations. It looked like a haunted house. There was a zombie in front of the fence. Behind the fence, there was a tree. A ghost hung on a tree branch. Below the tree, there was a graveyard. The little witch stood in the graveyard and called her cat, but it did not come out. It was time to ask for help. The witch walked up the steps and knocked on the door of the house. A young boy in a pirate costume opened the door.

"You didn't say trick or treat," he said.

The witch laughed. "I am not looking for candy. I am looking for my black cat. Can you help me find her? She is afraid of Halloween."

"That's funny," the boy said. "You have a black cat that is afraid of Halloween!"

He stepped out of his house and helped the witch. They looked behind the pumpkins and under the welcome mat. They looked in the garden and in between the cars. Just then, they heard a lady scream across the street. The boy and the witch ran to help the lady. She had a candle in her hands.

"I took the lid off my jack-o'-lantern and a black cat jumped out," the lady said. "It scared me!" This time the witch laughed.

"Don't be scared. That was my cat. She's afraid of Halloween."

"Here, kitty kitty," the witch called, and the black cat ran out of the bushes and into her arms.

"That's one scaredy-cat," the boy said, and they all laughed.

The lady put the candle inside the jack-o'-lantern. "I like your costumes," she said, and she gave the boy and the witch some candy. "Happy Halloween!"

Draw a Scene from the Story

Invite your students to draw a scene from the story. They can write a sentence underneath their picture. You can put these examples on the board to review some prepositions of place.