Military Language in Everyday Use 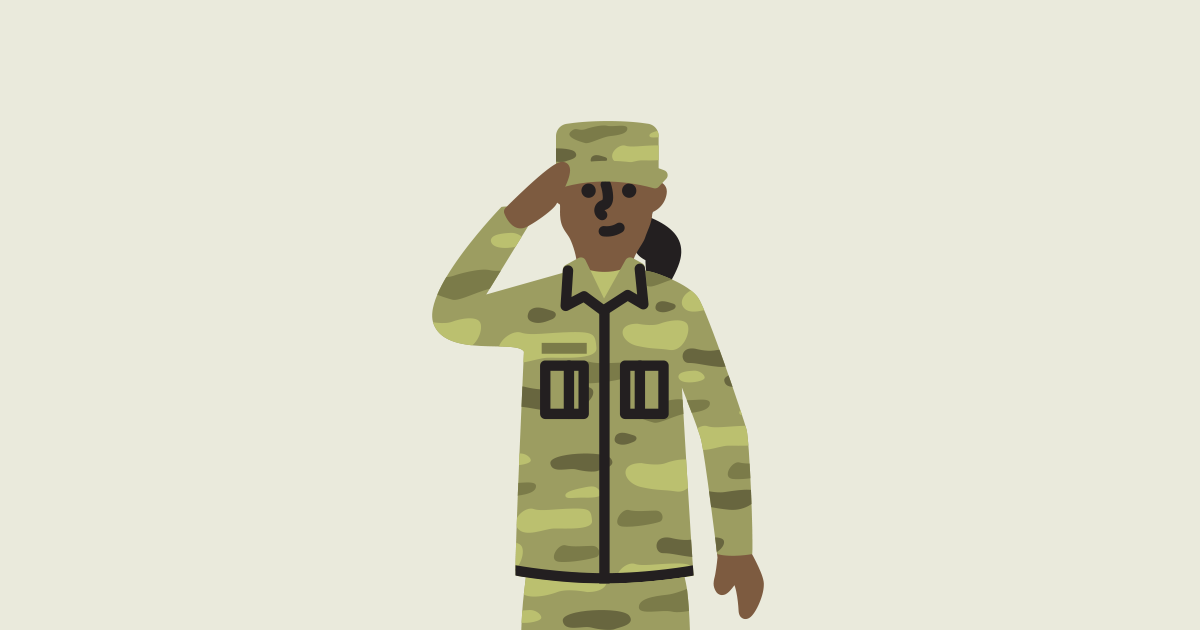 Have you ever gone AWOL? The acronym, which stands for Absent Without Leave, denotes being absent from a job or event without having given notice or gotten permission.

The abbreviation comes from the military; AWOL is the status given to soldiers who are not where they are supposed to be. If a soldier remains AWOL for more than 30 days, it’s considered a desertion.

“Going AWOL” is just one example of the many words and phrases in common use in English that originate from wartime. In this post, we’ll explore a few more.

To Bite the Bullet

Fauci: Not ready for sports, leagues must 'bite bullet,' cancel

Before anesthetics, soldiers endured the agony of medical procedures by biting down on a bullet to distract themselves from the pain.

The phrase “bite the bullet” now denotes forcing yourself to do something difficult or unpleasant, or to be brave in a difficult situation. It was first recorded in Rudyard Kipling's The Light That Failed.

"Bite the bullet" is similar to the phrase “dodge the bullet,” which means to avoid a difficult or unpleasant situation.

'F9' could be the blockbuster Hollywood needs to kick-start moviegoing

The term “blockbuster” is often used today to describe a movie, book, or other form of entertainment media that is widely popular and financially successful.

The term was first used in 1942, however, to describe a new, large, highly explosive bomb—big enough to destroy an entire city block.

LILLEY: Ford catches flak for doing what so many begged him to do

In modern times, "to catch flak" is to receive criticism for something you say or do. This meaning was popularized in the 1960s.

During World War II, "flak" was an abbreviation for the German, "fliegerabwehrkanonen," or "flyer defense cannons." If a soldier "caught flak," it meant that they were wounded by gunshots.

When someone asks for a “cup of Joe,” they are asking for a cup of coffee, but where did this phrase come from? One theory is that the phrase originated when Josephus Daniels became Secretary of the US Navy in 1913 under Woodrow Wilson and abolished the serving of alcohol aboard ships.

From then on, coffee was the strongest drink available to the disgruntled sailors, who began calling the drink “a cup of Joe" out of spite.

According to Merriam-Webster, we have Teddy Roosevelt to thank for the phrase "loose cannon" entering the zeitgeist. The phrase describes someone (or something) that is dangerously uncontrollable.

Before war ships had fixed-turret guns, cannons on wheels were rolled back and forth between the gunports. A cannon not properly secured could break loose and present a real hazard to sailors.

Roosevelt used this image when describing his legacy to journalist William Allan White, saying, "I don't want to be the old cannon loose on the deck in the storm."