An Easy Way to Teach Conditionals 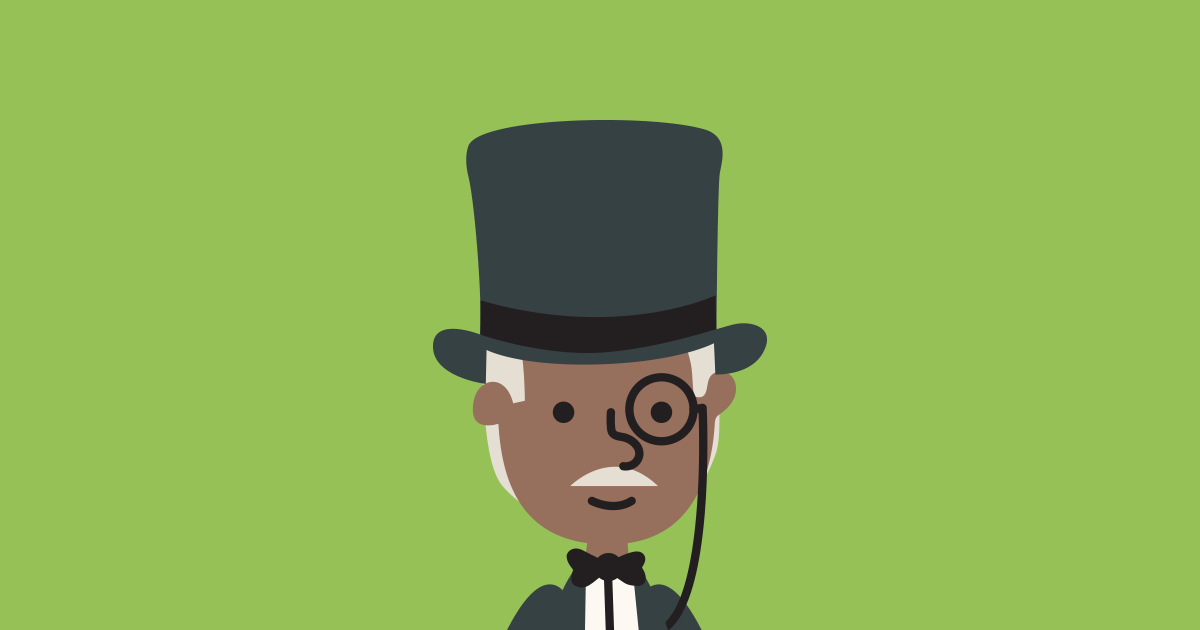 If I remember all the conditional patterns, I will pass the test!

Let’s talk about conditionals. I find that the usual textbook method of presenting one conditional pattern in isolation means that students will only remember and be able to use that one type. When another pattern is introduced weeks or months later, they often won’t remember the previous pattern well enough to keep them both straight, and confusion is the result.

I started laying out all four patterns at once in my TOEIC classes, where students needed to be able to distinguish between all types of conditional sentences in the grammar section of the test. After a lot of positive feedback from students, I started using this method in all my classes whenever one conditional pattern came up in the textbook (or just came up in conversation).

I really found that all my students, even the low‑intermediate ones, understood conditionals so much better when all four patterns were clearly laid out for them. The following chart is how I prefer to present conditionals in my classes. Write out this chart on the board, or download and print it out. You’ll also find some useful tips below the chart. 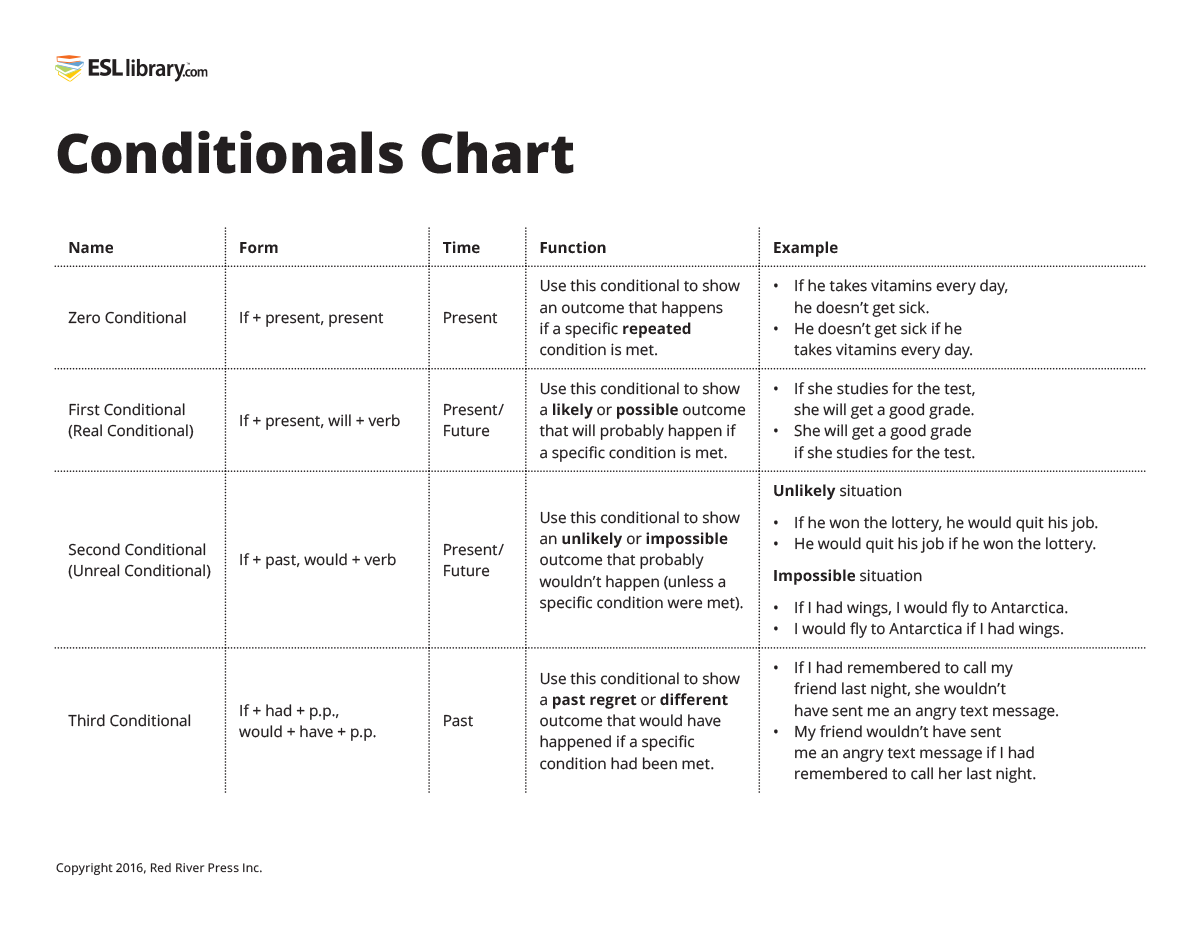 As a review the next day, write this chart on the board to reiterate the four conditional patterns:

For more practice, check out ESL Library’s lesson plans and flashcards on conditionals! We also have a First Conditional video on YouTube and on our site, with videos for the second conditional and third conditional coming soon!

If you try this method in your class, I will be very happy!

really it's an excellent way to learn all the conditionals together.thanx tanya for such an awesome job.

hey tania, thanks for such job, I usedit in my class... really worked out!

So glad to hear that, Luis!

Hi Tanya, great resource! I used it in my class this week (we were doing Business English - negotiations) and it worked really well. Any chance you could do similar resources for, say, all of English grammar? :)
Amanda

I checked out your blog post---it was great to see how you used this method in your class! Fantastic blog, by the way! I'd love to share the URL with our readers. Can you let me know if that's okay with you?

thank you it was a great help

You're welcome, Maria! Thanks for taking the time to comment!

Hi Tanya,
Thank you very very much Tanya for this easy, short and clear explanation of Conditionals.

Thanks millions and wish you all the best.

Happy to hear it, Salah! All the best to you too.

I got more confused as my teacher taught it to me in a different way! Anyways thanks :D

If you tell me which part is confusing you, I might be able to help. But I know that there are many ways to teach and learn something, and everyone learns differently. :)

Great! Thanks a bunch!

You're welcome, Nancy! Thanks for commenting. :)

This was an awesome explanation! I can finally understand conditionals! Thank you!! :)

oh ! I still remember the bad luck !the day my inspector came to class, I had to teach third type conditional!!hhh! it is difficult to make students grasp meanings when they have to imagine unreal actions! I see you do not teach it deductively! not really encouraged by experts, though I do it !!

Wow, that's a tough class to be evaluated for! I hope you did well though. And don't forget that you can use this explanation after you have introduced the grammar in a more communicative way. In my case, I always find that my students do benefit from an explanation at some point. :)

I've searched and read many different webpages on conditionals and yours is the best for my students. Thanks for taking your time to make this! This is awesome!